1986: AKAI, Yukiko was born in Seto-cho, Higashi-ku, Okayama City.
2008: She began studying under HIRAKAWA, Tadashi, a Bizen potter.
Since then, she has been involved in the excavation of many ancient kilns while continuing to make pottery. 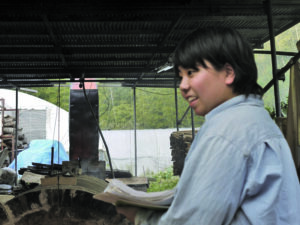 Her family home is located near the top of a mountain in Yamanoike, Seto-cho, Okayama City, a so-called marginal village where the more than 50% of residents are 65 or older. She would come across wild monkeys while playing in the forest. Her childhood experience of growing up surrounded by earth, stone, and wood has significant influence over her artworks.
One of her works in the exhibition was made by copying patterns from the natural world, giving shapes to them and piling them up. It might be comparable to inuksuk of Inuit, or ceremonial vessel stand, an enormous pottery of ancient Kibi. It could be interpreted as a communication tool to unite deities and the humanity.
Some works appear as if a dead tree or a leaf turned into a vessel, all of which are organic and full of life.
If “hymns to life,” which are prayers to deities, are thought to be the starting point of art, then Yukiko Akai is the perfect example. 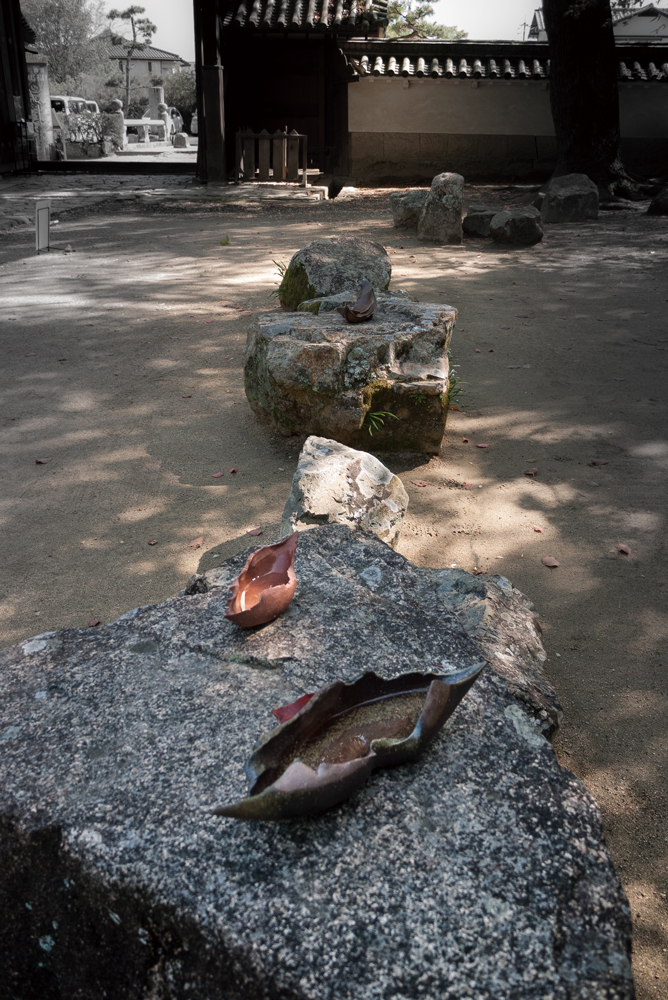